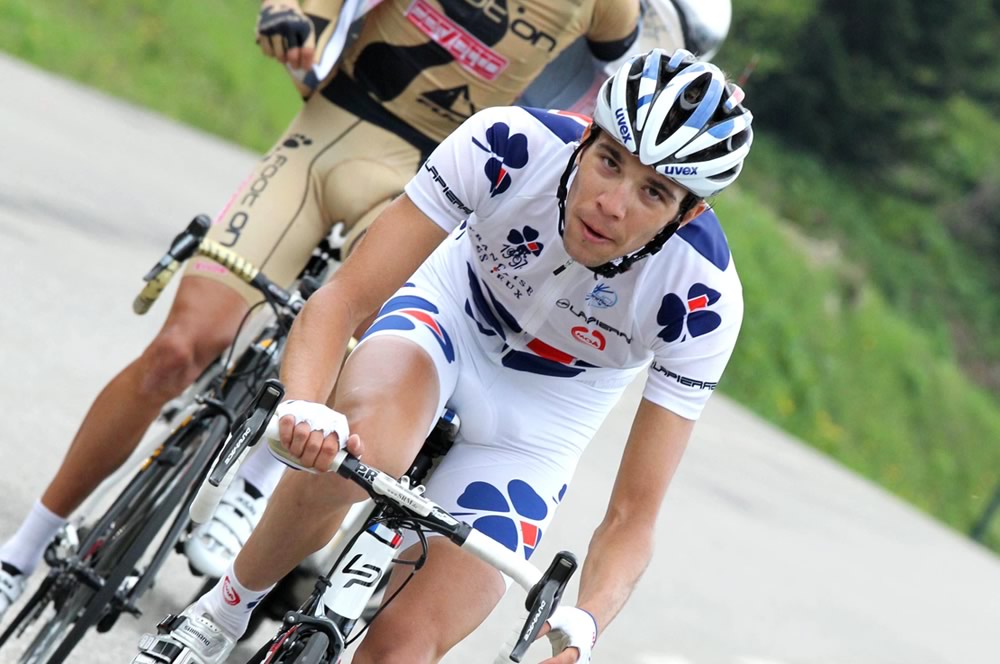 20 years old and 3rd on a Dauphiné stage

On the 11th of June, Thibaut got close to winning the stage 6 of the Dauphiné. He had been pro since January and was just 20, he still managed to fight for victory on the 2nd French biggest stage race. Dani Navarro still showed he was the strongest man that day and won solo. Only 34 seconds later, Thibaut finished the stage 3rd, just behind Eros Capecchi. He finally took the 20th final position of this very mountainous competition.