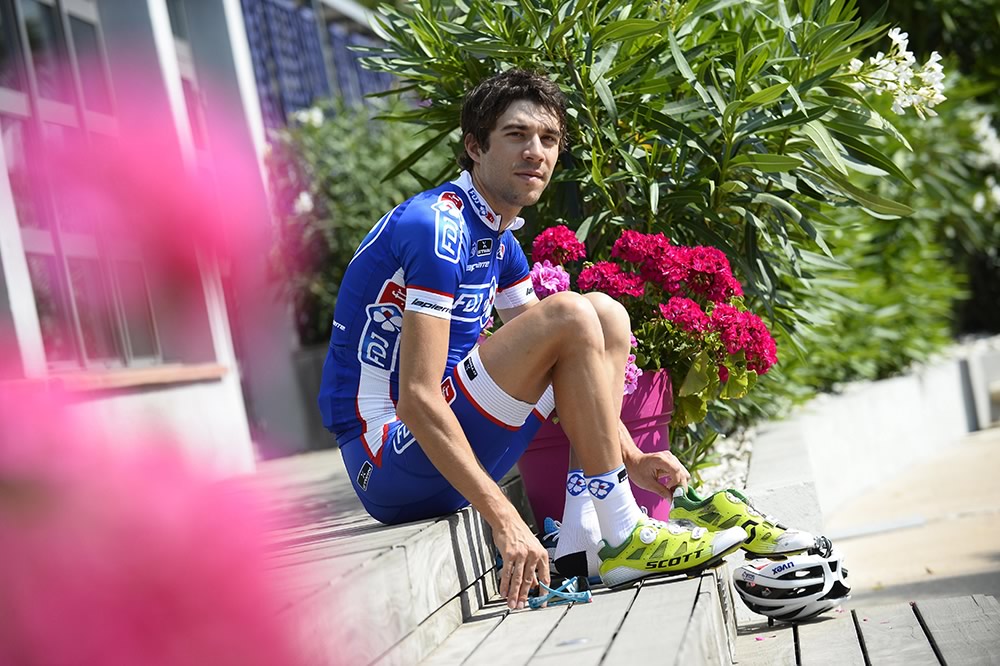 On that day, the 2013 Tour de France remains as the hardest moment in Thibaut’s career. But this may have also been a determining episode in his athlete progression. Thibaut arrived at Corsica’s grand depart with a simple goal: confirming his performance of the previous year (10th) but nothing happened as expected. Restricted by an angina, he struggled in the Pyrénées crossing and finally abandoned. He discovered how the Tour de France can be a distorting mirror: due to all the media attention, this race requires a strong ability to deal with non-sporting parameters. Ironically, that month of July has played a major role in Thibaut’s establishment.