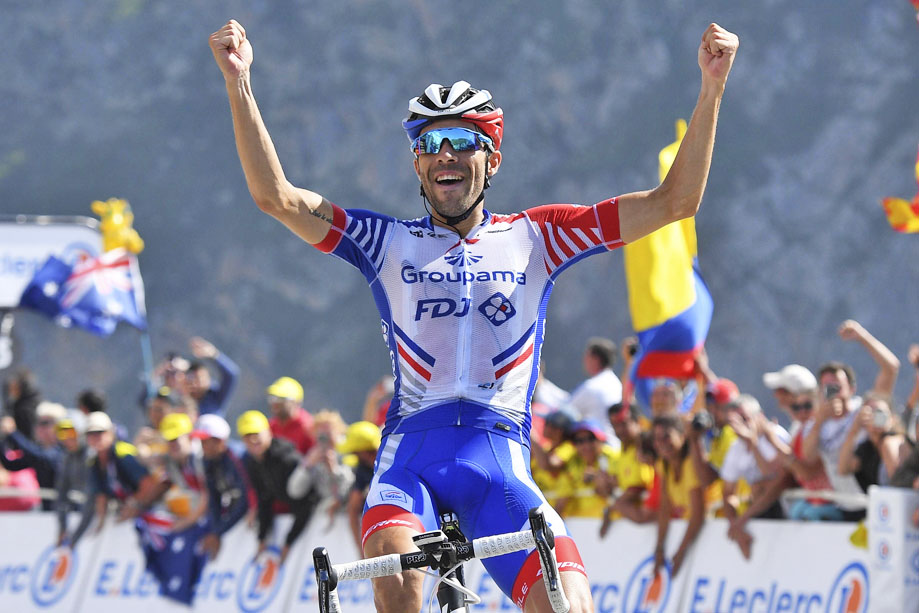 On the Tour de France 2019, Thibaut is forced to retire because of an injury. Though, what happened before this tragic end is proof that he took it to the next level on the biggest cycling race of the world, after two years of a « Giro interlude ». Thibaut is fighting for the GC during the first week and shines during the Planche des Belles Filles and the Saint-Etienne stages. In the Pyrénées, he grabs the third stage win of his career on the Tour de France, beating everyone on top of the Tourmalet. The next day, on the Prat d’Albis climb, he gets some time back on the majority of his opponents. Despite an unfortunate end, Thibaut made a real impact on the the Tour 2019 and built a solid foundation for the next seasons.