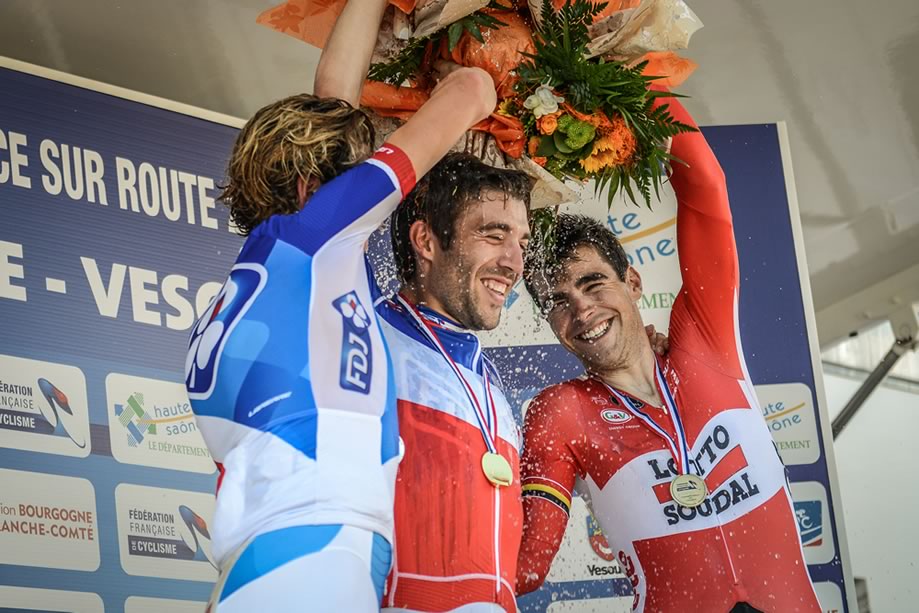 The Tour de France isn’t the only race to be able to create passion. As Thibaut arrived on the Criterium du Dauphiné without targeting the overall classification, he lost time on Vaujany’s stage. On the next day, he escaped and finally won the queen stage in Meribel after an amazing raid and a great match with Romain Bardet. One week later, he took part in the French National Championships in Vesoul, only a few kilometers from home. He managed to win the Time Trial race and put on the French champion’s jersey for the first time. He won this incredible race – More than an hour long – ahead of his teammate Anthony Roux. Three days later, he played a major role in his friend Arthur Vichot’s win on the road race, a success that completed FDJ’s amazing double.

A pre-Tour period like no other - Thibaut Pinot - Site Officiel