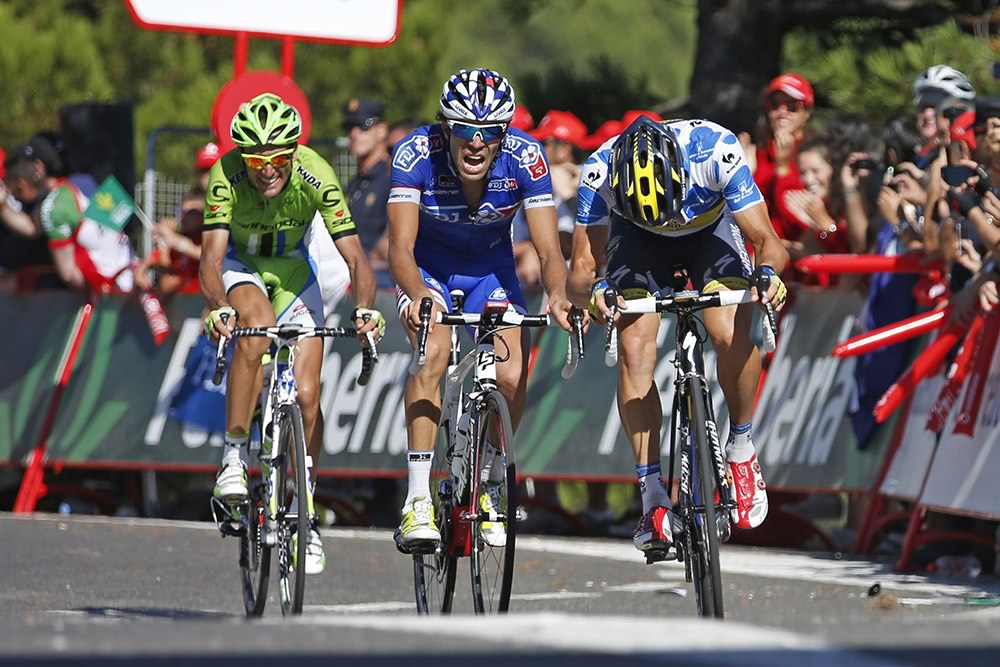 Back to normalcy in Spain

A few weeks after his withdrawal on the Tour de France, Thibaut wanted to get back on track by taking part in the Vuelta a España. Focusing on the fight for stage wins would have been a possibility in order to relieve the pressure of July. However, he decided to go for the overall classification. This race marked a turning point in his career. Thibaut realized that he needed to keep following this guideline in order to assume himself as the leader of the team. He finished 7th in Madrid. This final ranking proved he had lost none of his class.

Back to normalcy in Spain - Thibaut Pinot - Site Officiel