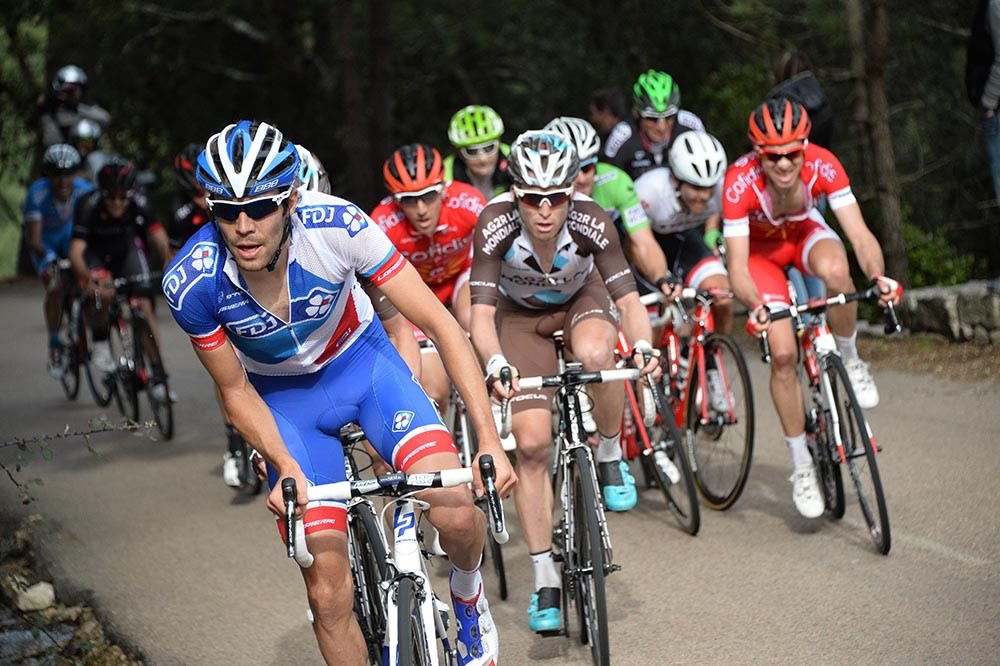 Critérium international: the defeat that rang a bell

The podium on the 2014 Tour de France had been a game changer. But Thibaut needed to win again after more than two years without raising his arms. He took part in the Critérium international a few days after finishing 4th on Tirreno-Adriatico. Ranked 4th on the time trial of the Corsican race, he fought for final victory on the Col de l’Ospedale but Jean-Christophe Peraud clinched the race by winning both the stage and the overall classification. Anyway, this defeat was about to reveal itself as a key moment in the high level athlete construction of Thibaut: he quickly improved his game-changing ability on races.