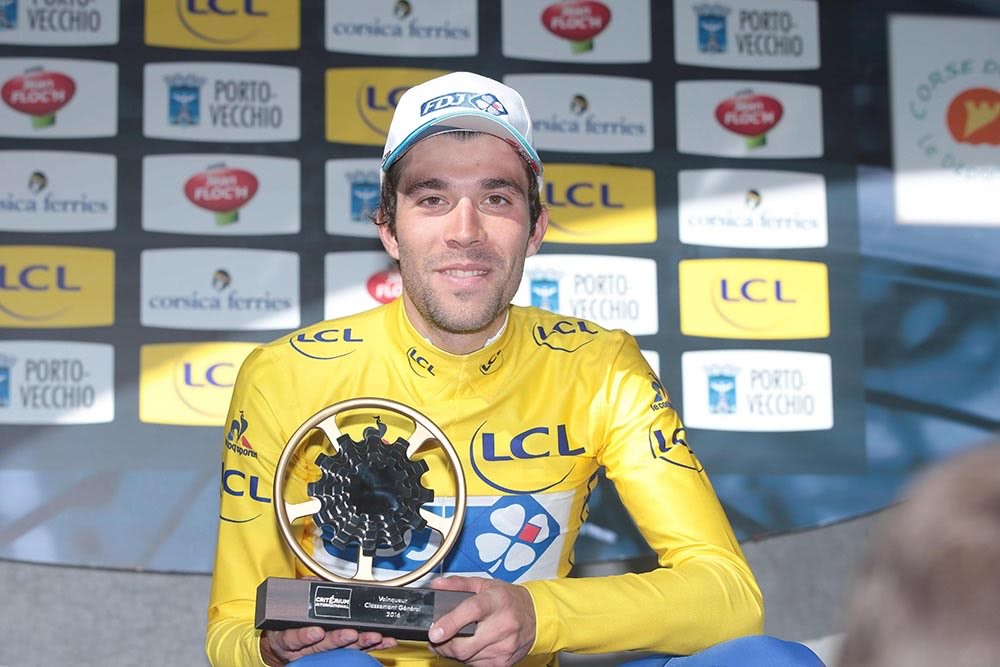 Critérium international: the win and the revenge

« How to kill the suspense », by Thibaut. One year after his defeat on the 2015 edition, he came back to the Critérium International willing to rewrite the story. On the first day, he won the time trial stage, the first one of his career, taking the yellow jersey. On the second and last day, Thibaut scored double: stage victory, thanks to a wonderful FDJ team, and overall victory. He leaved Corsica with three wins in two days!