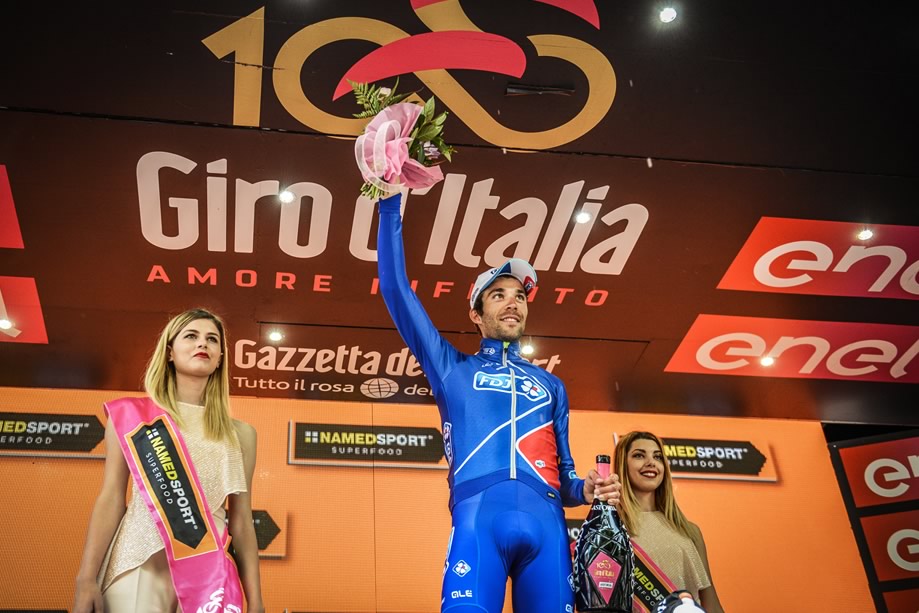 Thibaut is smiling when he sets foot on the Giro d’Italia: he can’t wait to start the race. He loves Italy, its culture, its atmosphere. Besides, he has a really nice team built around him to compete for the general classification. As the race unfolds, with more suspense than ever in the Giro, Thibaut is among the last riders to compete for the Maglia Rosa in Milano. In The Dolomites, he manages to catch up his rivals and appears as the only ones among the favorites to be able to drop Tom Dumoulin when the slopes get steep. On the 20th stage, Thibaut crosses the line in first place and gets his first win on the Pink Tour. The last day, he fails to make the podium on the last time trial. His best performance on a Grand tour remains his third place on the Tour de France 2014. Nevertheless, this result on the Giro is more relevant because until the very end of the race, Thibaut had the Graal in sight. For Thibaut and his teammates, these three weeks seems to be a turning point for the future.