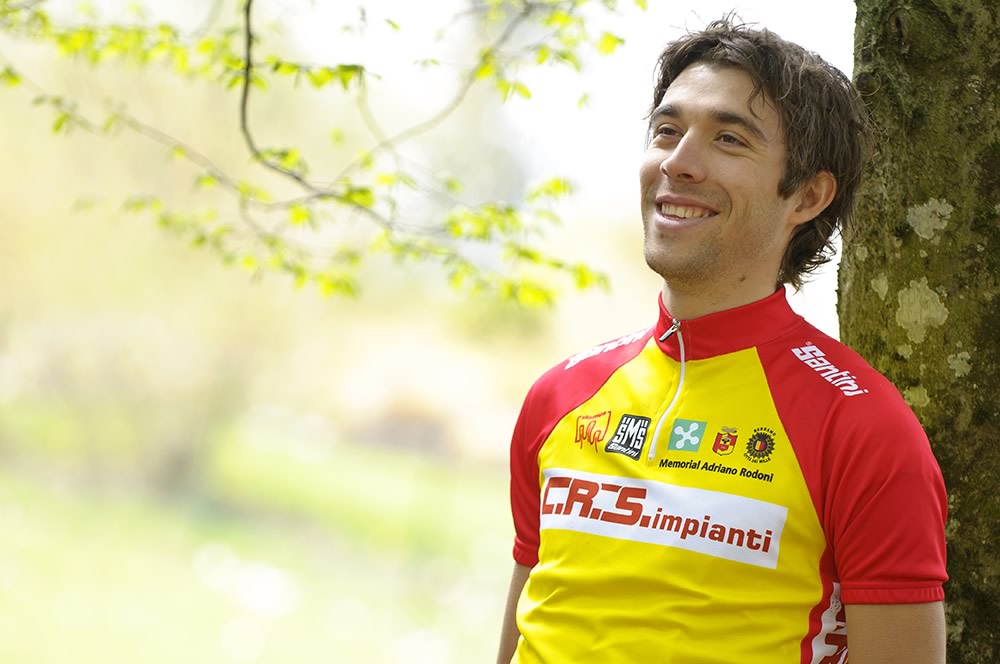 Thibaut had an incredible 2011 summer. Just after his great results on the Tour d’Alsace and the Tour de l’Ain, he came back on italian lands that revealed him two years earlier in the Valle d’Aosta. In the Tre Valli Varesine, he finished 3rd and grabbed his first podium on a HC one day race. Two weeks later, he took part in the Settimana Lombarda. The queen stage was programmed on the first day, with a summit finish in Castione della Presolana where he won solo and took the yellow jersey. Keeping it to the end of the race, he asserted himself as a leader.