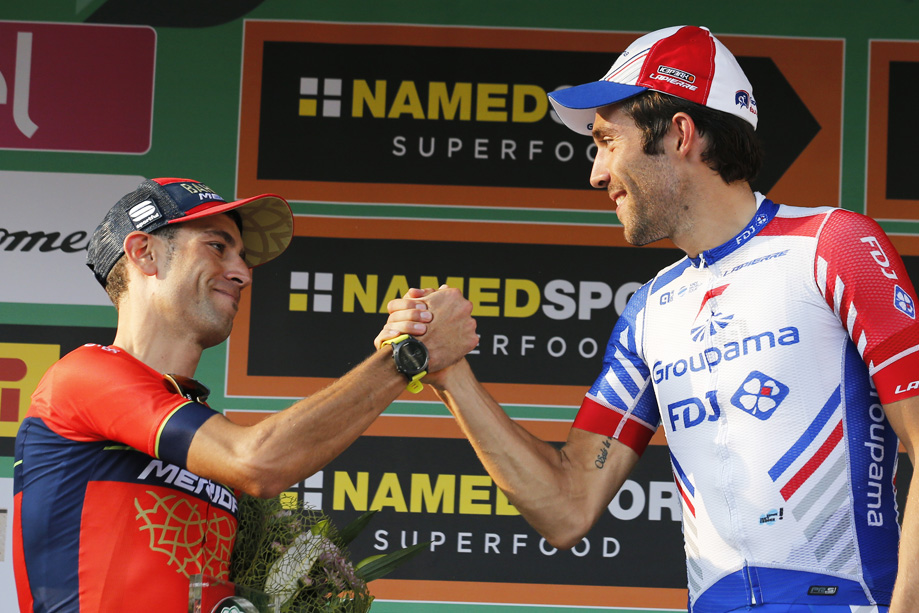 With a 9th place on the World Championships in Innsbruck, a 5th place on the Giro dell’Emilia and second on the Tre Valli Varesine, Thibaut is getting stronger and stronger during the month of October, and confirms that he is a major contender for the Lombardia by grabbing the win on Milano-Torino. All lights are green at the start of the last Monument of the season, the one he has been dreaming about for so long, where he has only manager to finish 5th and 3th before. The race goes wild in the Muro di Sormano as Primoz Roglic goes solo, only followed by Vincenzo Nibali…. And Thibaut Pinot! The risks are high with this long-shot, very far away from the finish line. The end of the race prove that they were right : the winner will be among the trio. Thibaut attacks Nibali again and again, and manages to drop Lo Squalo in the Civiglio Climb. He wins in Como, beating the one opponent he has the utter respect for. It is his greatest achievement, followed by a great reward as he wins the French Velo d’Or.