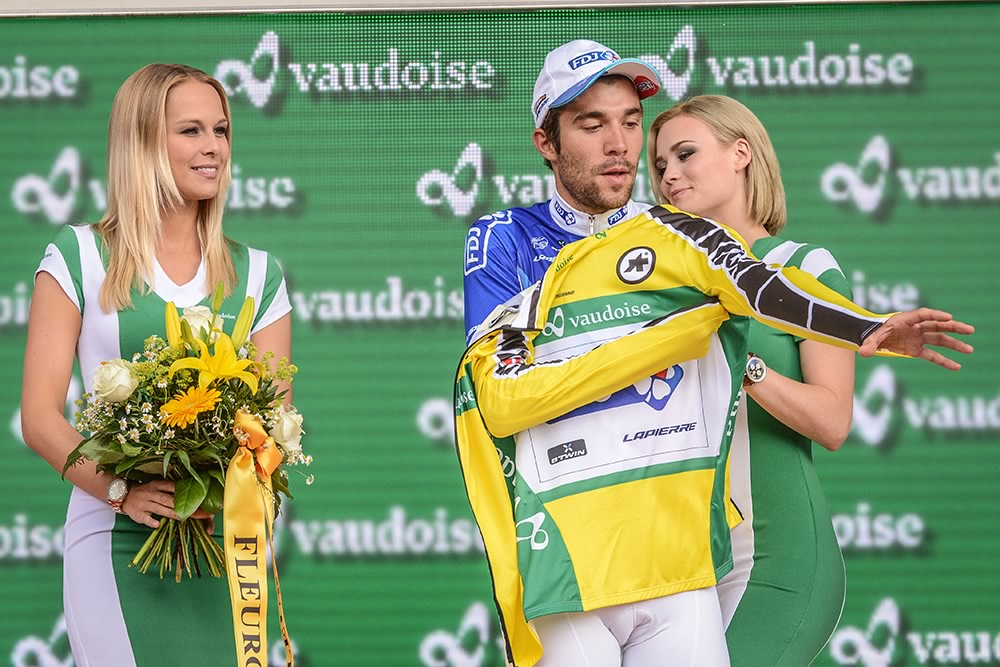 Strong performance on the TOUR OF SWITZERLAND

The line up on the Tour de Suisse was not as strong as on the Tour de Romandie, where Thibaut had achieved to get a stage win. One more reason not to take part in that race with low expectations: the goal was to raise the arms again. When the time to face the hard ascent to Sölden ski resort came, Thibaut showed a very bossy attitude. No opponent managed to follow his attacks. He won the stage more than 30 seconds ahead of his runner-up, enough to keep the yellow jersey during four days. He finally took the 4th position of the general classification.