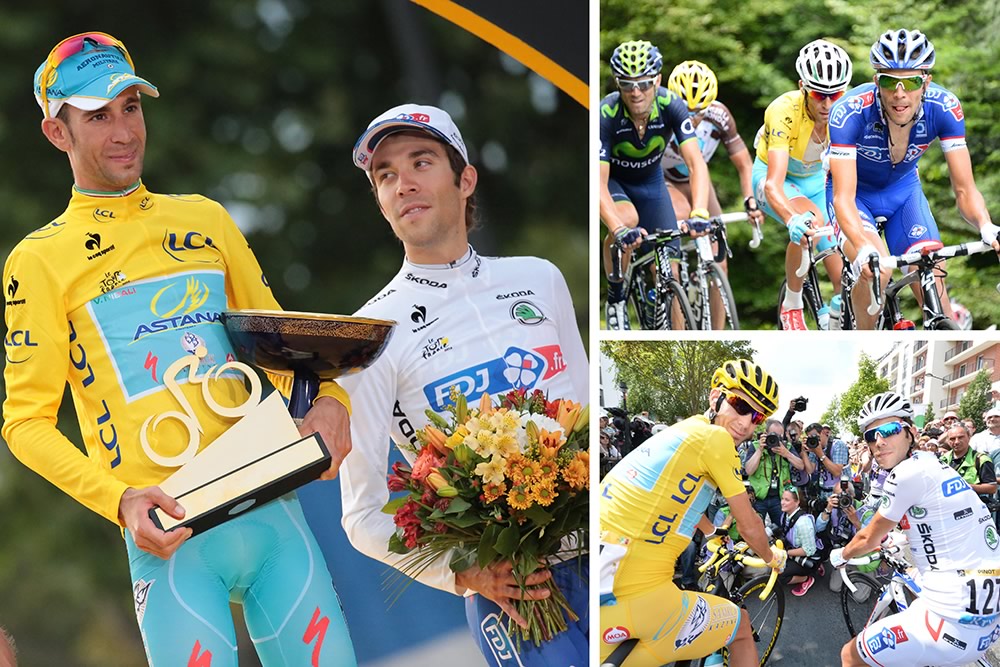 The major fact: 3rd on the Tour de France with the white jersey

Ending up on the podium of the Tour de France is a performance only a few riders manage to achieve in their career. Thibaut accomplished it at only 24: an incredible result. The story began with a 2nd place acquired on the Planche des Belles Filles, a climb near Thibaut’s land. After this perfect start, he always ran perfectly, staying alert for hazards on flat stages and being very consistent on mountain stages. The day of the Périgueux time trial, the podium spot was at stake: only one rider among Peraud, Valverde and Pinot would miss the boat. Thibaut finished the stage in 12th position – enough to take the final 3rd position and come along with Nibali and Peraud on the scene of the Parisian official ceremony. Icing on the cake: Thibaut also returned home with the best young rider’s jersey in his suitcase.