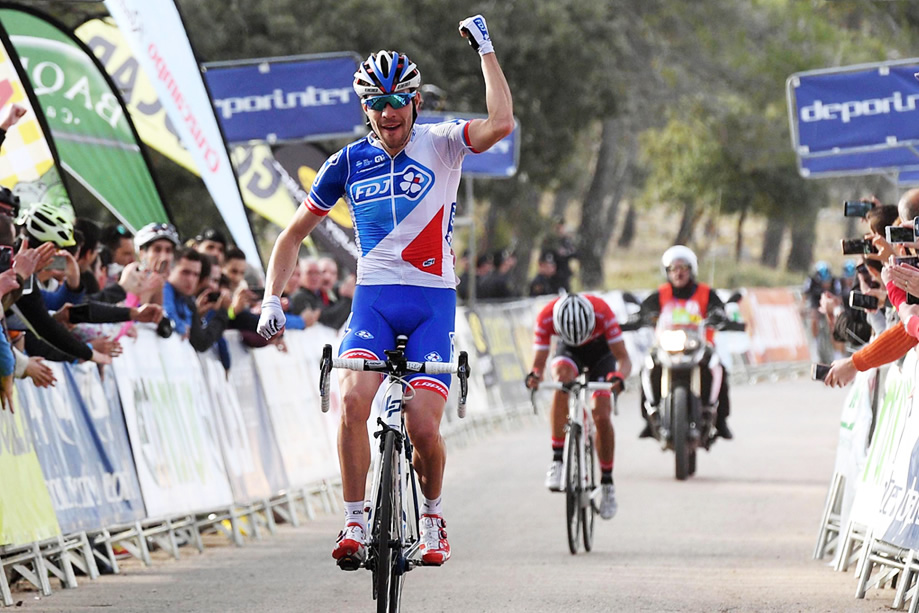 Thibaut launches his 2017 season with an announcement : he will take part in the Giro d’Italia, aiming an high overall classification spot. He resumes competition in the GP La Marseillaise by helping his mate Arthur Vichot to win the race. Then he achieves to raise his arms too in the Ruta del Sol : he defeats Alberto Contador in the last few meters of the Alto Pena del Aguila climb. He enjoys his maiden participation in the Strade Bianche by spending the day in the breakaway before keeping a nice 9th place. Now comes Tirreno Adriatico: this is his major objective of the first part of the season. The Equipe FDJ finishes 3rd in the team time trial, Thibaut gets a top-10 position at the Terminillo and shines as Sagan’s runner-up at Fermo. He manages to retain a podium position in San Benedetto del Trento’s time trial: he finishes 3rd in this race – mission accomplished!