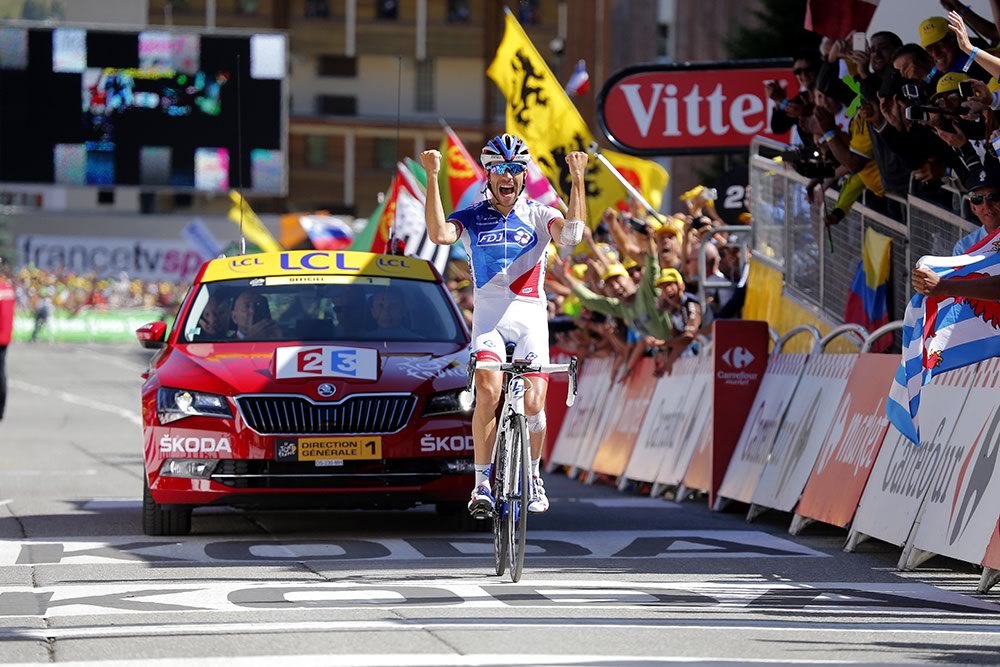 Thibaut’s Tour de France began in a bad way, with an unlucky first week of racing. Out of the fight for the maillot jaune, he had to put his initial goals aside in order to focus his efforts on a stage win. As a baroudeur, he went in lots of breakaways but didn’t manage to get a stage win. He finished 2nd in Mende and 4th in Pra-Loup after crashing on the Col d’Allos descent. 24 hours before the end of the race in Paris, a one of a kind opportunity remained for Thibaut: L’Alpe d’Huez. The challenge was big, but his heavy legs didn’t affect his unfailing motivation. He tried an all-in attack far from the finish line, joined his teammate Alexandre Geniez and started the 21-turns ascent with a gap on the yellow jersey group. Nairo Quintana was the strongest man that day but failed to catch Thibaut. This on-the-buzzer victory showed his ability to get the best of every situation.