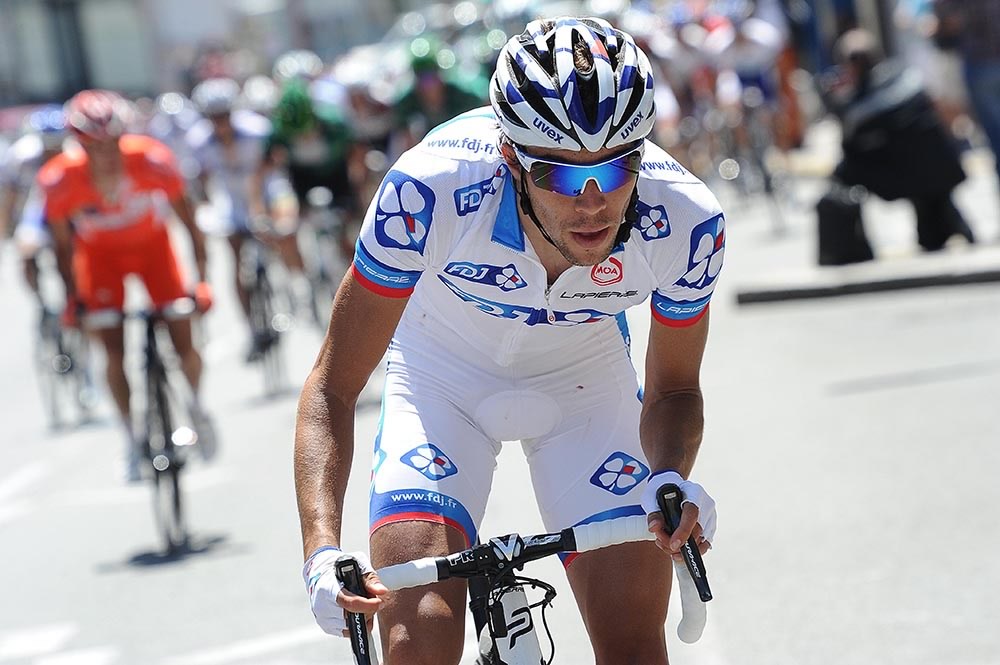 Recent winner of the Tour d’Alsace where he had grabbed a great stage win at the summit of the Ballon d’Alsace, Thibaut arrived at the Tour de l’Ain as a favorite. He won the Stage 3 in Bellignant, beating Rein Taaramae and Wout Poels. On the following day, he lost more than 5 minutes and Lélex, too much time to fight for the yellow jersey. He had a wonderful reaction on the last day. During the Grand Colombier ascent, HC classified climb, David Moncoutié was the only one to be able to follow him. Thibaut won the stage at the summit of this mythic col, his major win so far.