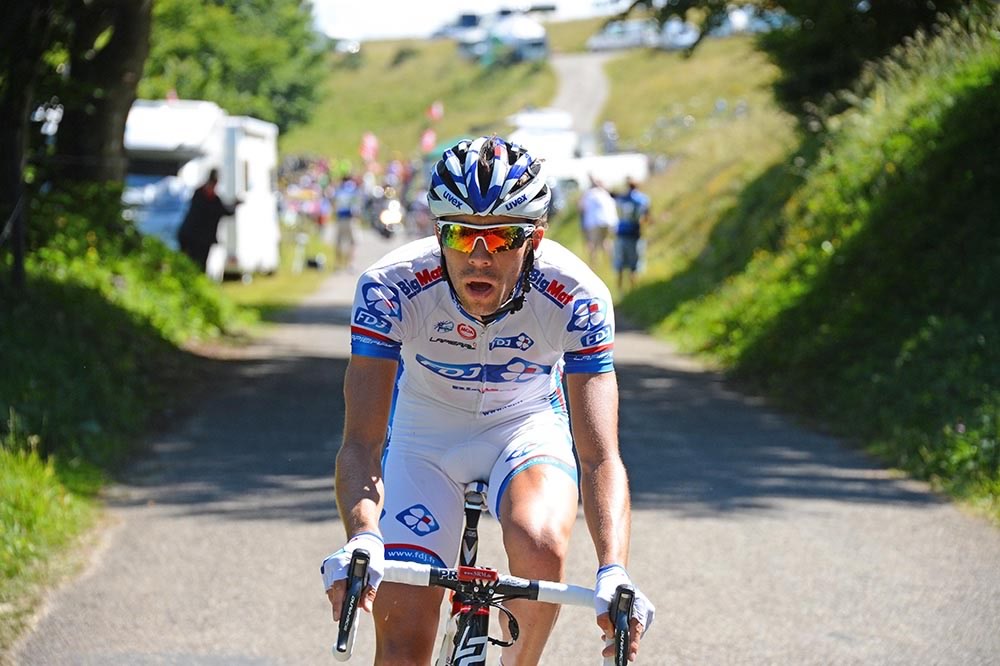 10th on the Tour de France and stage winner in Porrentruy, Thibaut chose not to change his program and took the start of the Tour de l’Ain, 2 weeks after the end of the Tour. He wasn’t targeting the final win: after the first stages, he ended up more than half an hour away from the yellow jersey, Andrew Talansky. However, he grabbed a great stage victory in Lélex on the last day of the race. As he was in the breakaway with his friend Arthur Vichot, he went solo in the Menthières ascent and then resisted to Romain Bardet’s chase in the final climb.