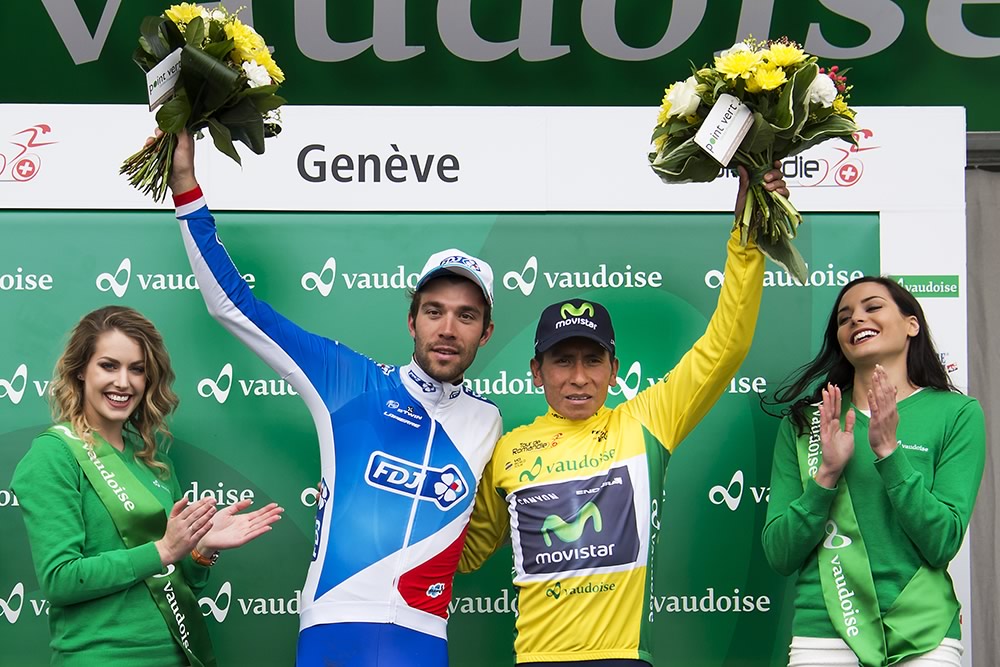 On the Vuelta al Pais Vasco, Thibaut was 3rd of the general classification before the final time trial. He took the 6th place of the stage, paradoxically insufficient to secure the podium: he finished 4th of the final classification, still a great performance on a so hard race. When he took the start of the Tour de Romandie a few weeks later, one of the highlights of his year, his goal was simple: winning a stage and climbing on the podium. He managed to accomplish it. He won the Sion time trial – his first World Tour TT, the second of the year – beating lots of specialists. He attacked several times on the mountain stage leading to Villars-sur-Ollon during which he was the only one to be able to put Quintana in trouble. He finished 2nd of the general classification, the best result of his career on a one-week World Tour race.