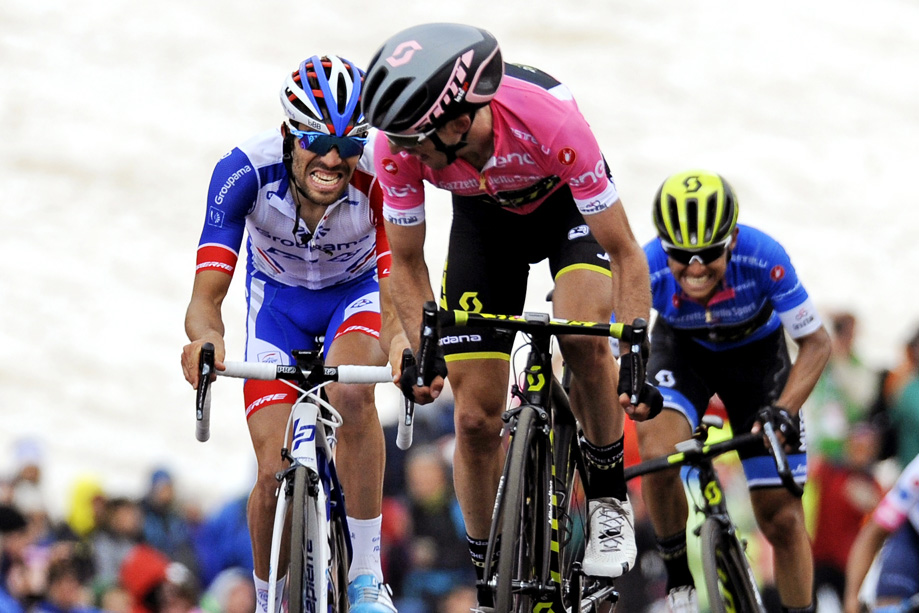 One year after a great 4th place on the 2017 edition, Thibaut comes back to his second Giro. In Jerusalem, his team is strong and he has just won The Tour of the Alpes. On the 4th stage, Thibault makes his way into the Top 10 of the general classification. His second place in Gran Sasso d’Italia, Appenino’s highest summit, gets him a spot on the podium. Despite a mediocre start of the third week that makes him drop the 5th place, Thibaut achieves a major feat two days before Milano. In the Colle delle Finestre, he is among the very few riders who manage to follow Chris Froome. In Bardonecchia, he finishes far from the British rider but takes back his spot on the podium. Unfortunately, during the last stage, he suffers from a pneumonia. He is dropped in the Col Saint-Pantaléon and is forced to withdraw the race at the end of the day, after having crossed the finish line.